Our Airbus 330 taxied out of Taipai near midnight the night of February 26, landing in Vancouver 11 1/2 hours later – where it was only 8:30 PM, and still February 26. I’ve been jet-lagged ever since.

What is jet lag? 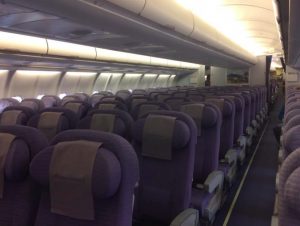 You might think jet lag is simply wanting to sleep at the wrong time of the day, but its way more than that. Jet lag is caused by crossing time zones too quickly. The circadian rhythm is disrupted, and that can cause more than just a little discomfort. Symptoms of jet lag vary from person to person but almost always includes sleep disruption. Of course I have all of the symptoms, that can also include extreme fatigue, difficulty concentrating, stomach problems (constipation or diarrhea), bitchiness and a general feeling of not being well.

The circadian rhythm is our daily cycle, guided mostly by light and governs not just our sleep cycle, but our eating and exercise routines as well. People aren’t the only ones guided by a circadian rhythm. If you’ve taken your pet traveling with you, watch them for jet lag too.

Traveling east is oddly more disruptive to the circadian rhythm than traveling west. For some reason it’s easier for us to extend our day than it is to shorten it.  We suffered a bit in Bangkok. We both decided we needed new glasses for a couple of days. We had a difficult time following a simple map for a few days. Coming home we lost 15 hours, and that’s dramatic for our bodies.

What the airlines do

Air lines are ingenious at trying to relieve symptoms of jet lag for their passengers. When we flew from Canada to Asia the clock was moving rapidly in the other direction – easterly and 15 hours forward. Our plane boarded in the morning, flew all day and arrived the next night.

I watched out the window as we flew quickly from bright sunshine to dusk, and marveled at watching the time change in real life. Just as my eyelids got heavy I decided to use the washroom before falling asleep. What a shock to see bright sunshine outside of the bathroom window! The airplane was manipulating the light coming in from the window to make us feel an advancing evening that didn’t exist.

Long easterly flights almost always leave late at night. The hope is that you can sleep through most of the flight and this can somehow help with jet lag. Because we were arriving in the evening I forced myself not to sleep and this was likely a mistake. Jet lag is not a one evening experience.

The sleep disruption can be handled with some simple techniques that insomniacs are already well aware of. Melatonin is a well-documented natural sleep aid that is known to relieve jet lag. Take a couple under the tongue an hour or so before bed time and it should cause sleepiness. Avoid alcohol, maybe swap out the glass of wine for a cup of chamomile tea.

The rest of the symptoms may simply be unavoidable. If you can be retired, good on you but if not try to come home a few days before you have to start working again. Be kind to your spouse when she snaps at you, even if you’re both grouchy. Finally, give it time. The length of jet lag depends on the number of time zones you cross and the length of time you’ve been away. On average you can expect a day or two of jet lag for every hour of time difference. That’s over 2 weeks for us.

I’ve just woke up form a refreshing sleep. We’re nearing 2 weeks home now and most of the symptoms are finally gone. Travelers will all agree, jet lag is a pain but well worth the adventure of the trip.

The Death of My Creativity