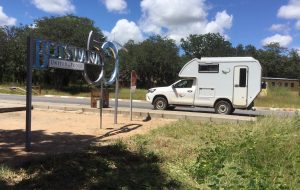 Wild and gracious and, in our case wet Botswana. Our short visit here has left a wonderful impression. Much of where we wanted to go, like the Okavango Delta, is currently flooded and the roads closed so our trip was cut a bit short, but what a trip it was. We skirted the flooded areas on ridiculously pot-holed roads, swerving wildly along with everyone else in the country. Speed limit is 120 kph. 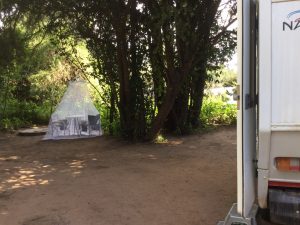 We entered Botswana through the Caprivi Strip from Namibia and spent four nights in the resort’ish town of Kasane. We drove all over town and beyond looking for the right camp spot for a long rest like this, and finally found the Chobe Safari Lodge right in town and under our noses. Our spot was on the Chobe River, with a sunset view and we also had all the amenities of a resort – beautiful pool, WiFi, Restaurant – all within a 10 minute walk of the town. We also had security – and lots of it. 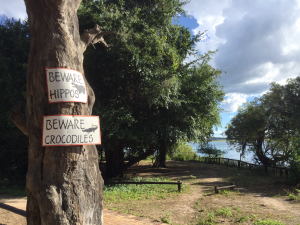 Our campground was protected from the dangers of the river – crocs and hippos – by a tall electrified razor wire fence, except for next door by the bar where there was no fence, just danger signs. We had armed security, armed with billy clubs and handcuffs, that stood guard day and night. One night, at almost midnight, one knocked on our door. Without thinking, I just opened the door to this stranger. Ray had left his tablet case outside and this guy thought it was a wallet. If he was looking for a tip he should have caught me while I was awake. I moved the pepper spray out into the open after this. 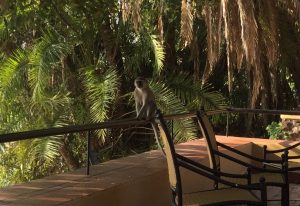 We shared our camp with monkeys and warthogs, and probably snakes and scorpions but its best not to think about that. A large water monitor (lizard) lived under the bridge on our walk to the pool.

From Kasane we explored the town, went on a guided safari through Chobe Park and went on an evening boat ride down the river. We took a taxi into Zimbabwe to see Victoria Falls, saving ourselves the hassle and expense of exporting Britzie into yet another country. Kasane was a great little touristic stop. 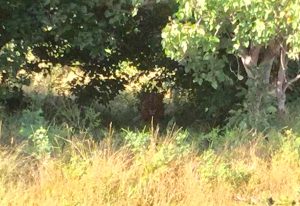 Botswana has one of the more stable governments in Africa. Their money is the Pula and it’s worth $1.40 to the South African Rand. They will not accept the rand here. After leaving Kasane and visiting a few other larger cities, like Francis Town and Serewe, we started to get the impression that Botswana is also more black than South Africa or Namibia. We often seemed to be the only white people in sight. The people are particularly beautiful – not that the other countries were not but it was striking. 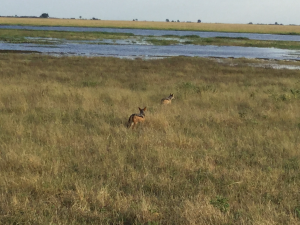 A cool tradition here are the markets. The cities seem pretty modern, with modern malls and new construction, but outside every store and mall, the market stalls are lined up. Some of them sold the weirdest combination of things – belts and tomatoes at one, blue jeans and noodles at another – probably whatever they could source they would sell. Unlike other more aggressive markets I’ve been to, nobody hassled us. We were free to browse and chat and not buy anything, but I did buy my vegetables here. 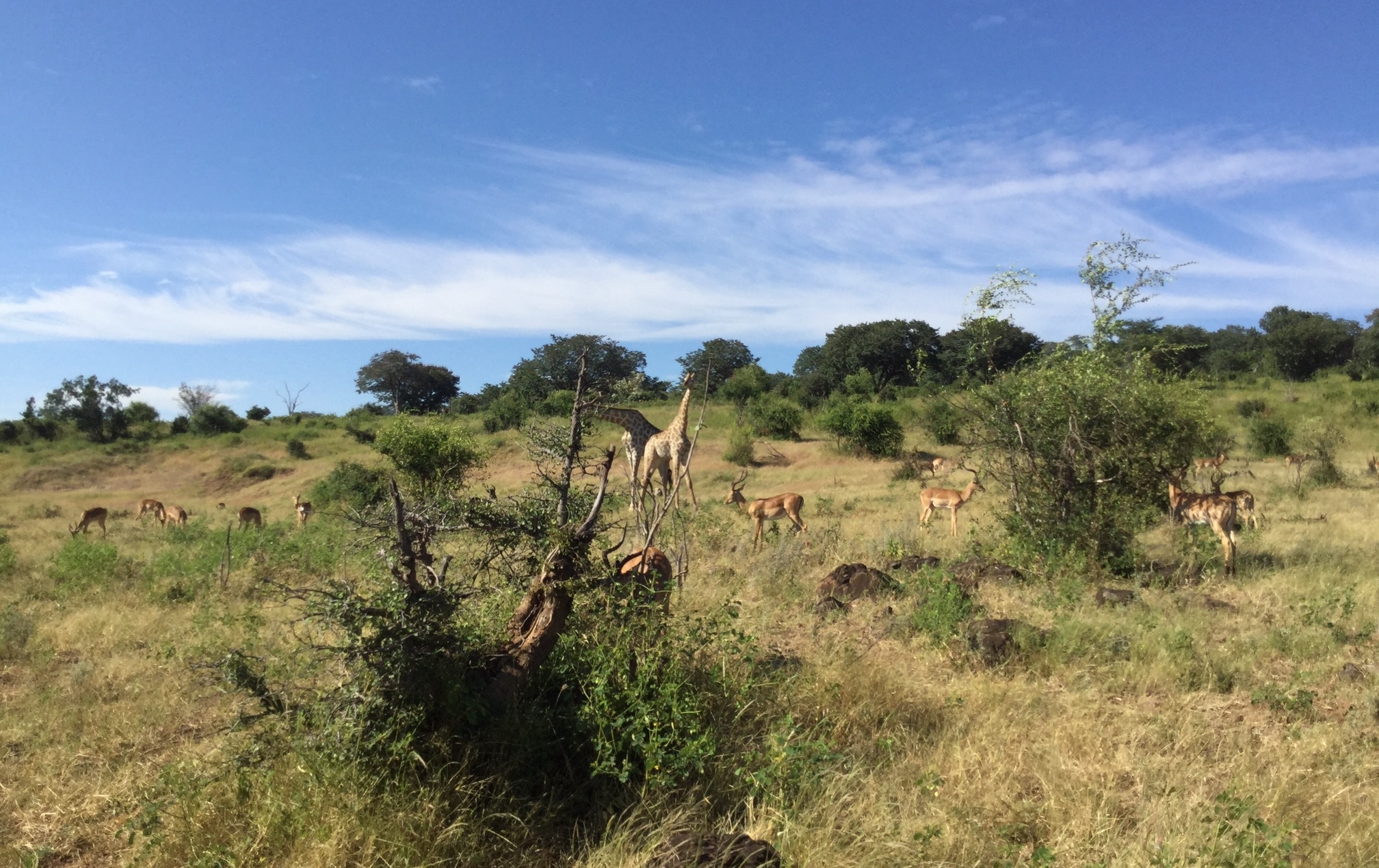 After the safety and civility of Kasane, we made our way to less fenced wilderness. We spent a night at a place called Elephant Sands, drinking wine around a campfire with a few other campers. We listened to lions roar and watched elephants come for a drink in the dark, one after another. Britzie’s indoor bathroom was a comfort here. 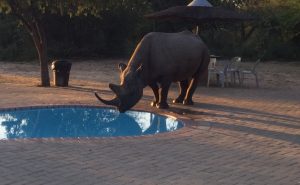 We spent a night at the Khama Rhino Sanctuary, a wonderful park with a wonderful story. Rhinos are just about extinct now because of poaching. We saw a rhino in Etosha Park, with its horn chopped off for its own protection. Here in Botswana, a very grass-roots organization took it upon themselves to save the rhinos. They picked this spot because of its good terrain for rhinos, but also because of a nearby military base. It’s takes an army to fight poachers. 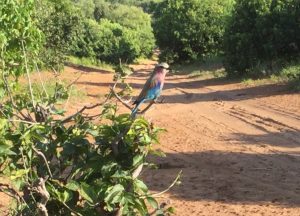 Other species of animals just moved in naturally. The campsite here is again unfenced, and it took a little nerve to pull into the long sand roads (4X4 only) in the dark and then walk off for a shower, but by now we have a little nerve. And did we see rhinos, and most everything else here. We even saw a rhino drinking from the swimming pool.

By the time we left Botswana, the only animal that has so far eluded us is the leopard.

As we left the country, back into South Africa, we were waved through so easily we forgot to get a stamp in our passports. Hopefully that won’t be a problem at the next border.