Imagine, Manitoba if winter lasted a week (or two, we aren’t done yet), gave you plenty of beautiful fluffy white snow to play in and never dipped below zero degrees celsius during the day. Imagine, Manitoba if they canceled all work, school and shhh… don’t tell anyone but even military protection so everyone could just stay home and enjoy it. Imagine how many snowbirds there would not be. Such is a Victoria winter. Unfortunately they only occur once every 20 years or so. 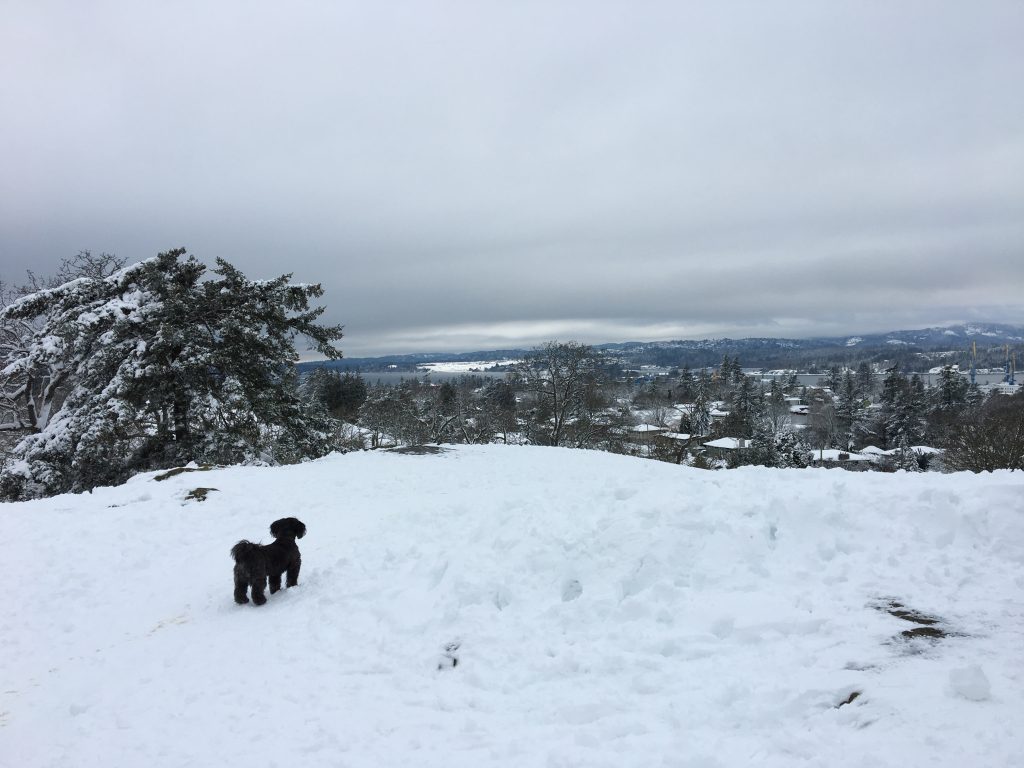 Yesterday was a play day for the entire city. Everyone was out, building the requisite snowman before heading to the parks with sleds or whatever makeshift sliding devices they could come up with. The stores are sold right out of shovels and sleds.  Schools are closed again today, third day in a row. The government hosted a snowball fight at the BC Legislature last night. Bring the kids and your pets was how it was advertised.

I had enough snow on the rooftop patio to build my own, full-sized snowman. He’s standing up there, watching over the street, rather gruesome up close but quite stately from down below. Light flakes are still falling and the Weather Network is still issuing a snowfall warning, but I think the worst is over.  There’s no more snow in the forecast until Thursday, and that is more likely to be rain. It will still be cold by Vancouver standards all week, -4 at night and just above zero during the day.

Ray to the Rescue

Such is a winter snowstorm in the city of Victoria. The rest of Vancouver Island is not enjoying this as much. There are widespread power outages and road closures just north of the city and all the way up the island. The Cowichan Valley has been completely isolated for days.  Travel disruptions, both by ferry and air have been widely disrupted.

Hopefully it’s almost over, and we can get back to being proper snowbirds, but for now I’ll just enjoy it.