Have you ever walked among the giant Sitka Spruce of Vancouver Island? How old might they be; a hundred years old; five hundred?  I’ve read that just one of these giant beauties has a carbon sequestration rate high enough to nullify a years worth of driving my Westie.  A walk through an old growth forest is a humbling experience. Most of my personal experience has been along  the West Coast and Juan de Fuca trails. A small strip of old growth forest has been left along these trails for the tourists. The contrast is heart breaking.

Hiking in the vanity strip of old growth forest 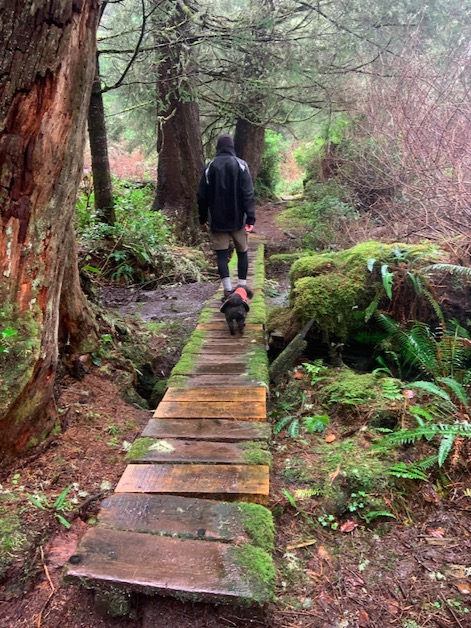 The view from the highway 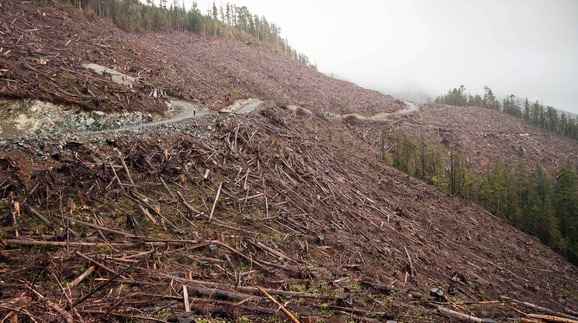 There’s another stand of old growth at imminent risk right now, this time in the Fairy Creek watershed near Port Renfrew. To raise awareness of the problem there has been a series of rallies across British Columbia and beyond recently. I attended one yesterday at the BC legislature in Victoria. On a cold, dreary pandemic Saturday there were still at least a thousand people there. Although at the end of the rally we were urged to come out to Fairy Creek camp Sunday night, our van has just not been running well enough. Ray’s spent the day in the garage. Maybe we can go today.

Protest at the Legislature in Victoria March 28 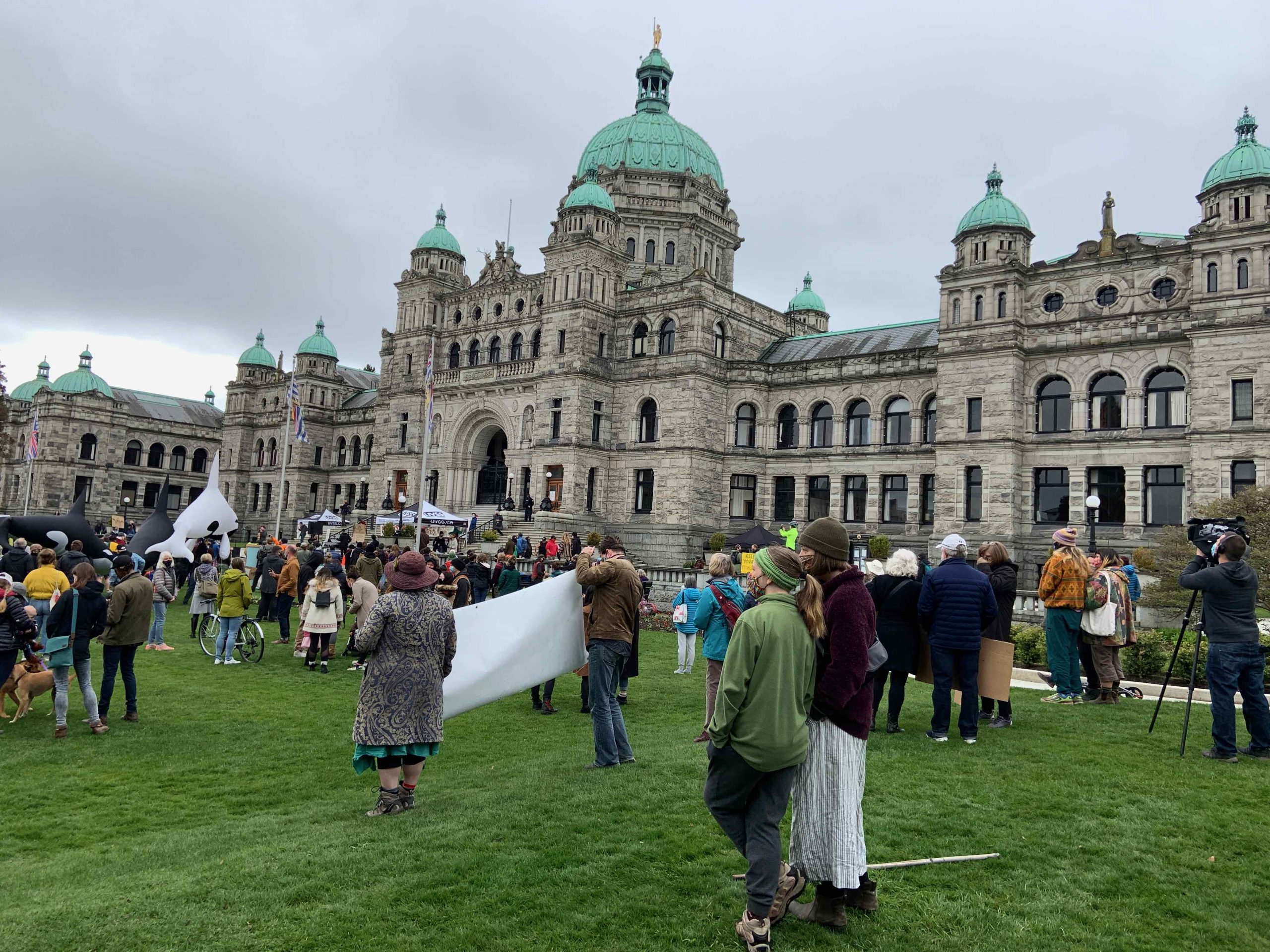 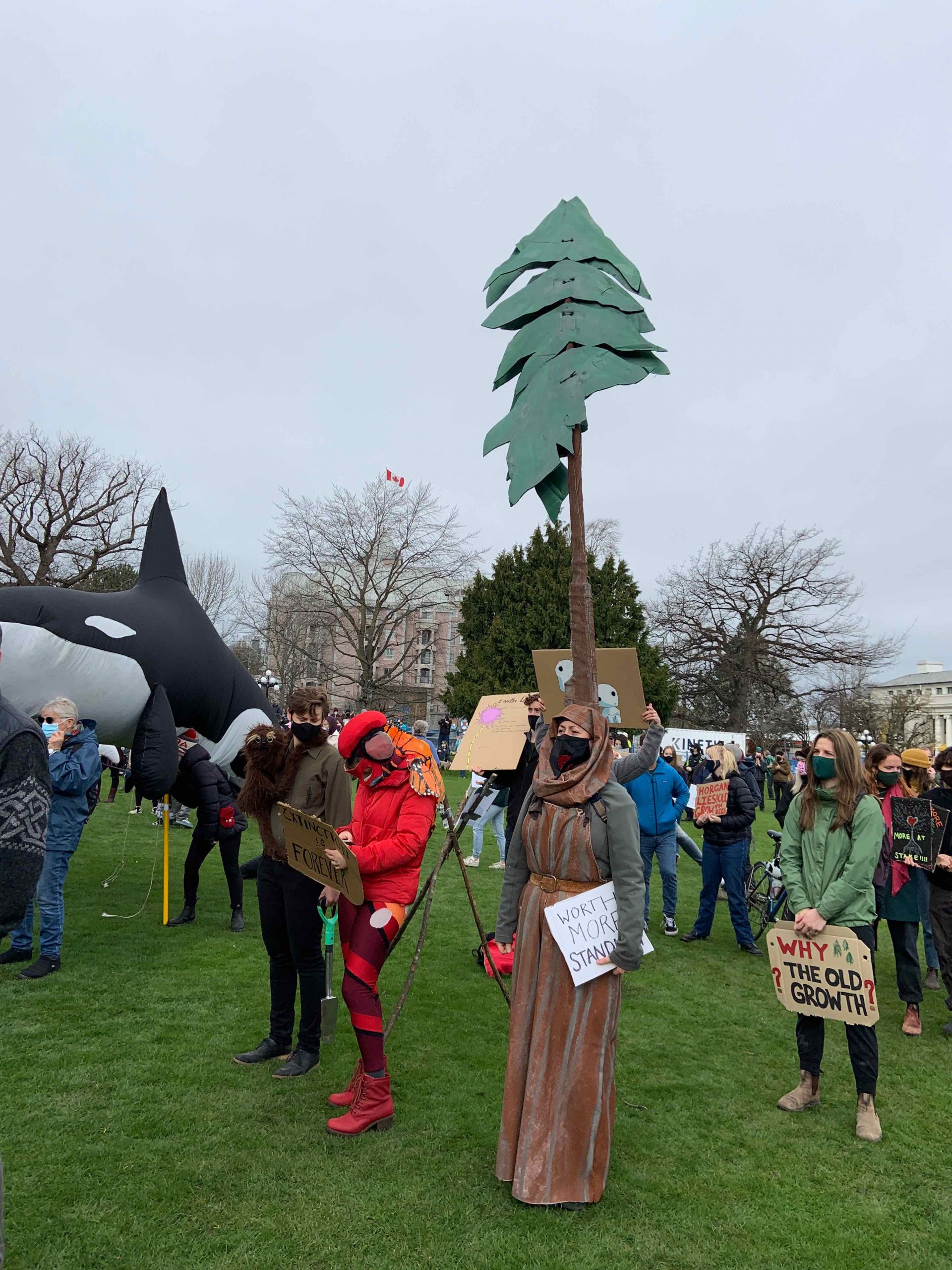 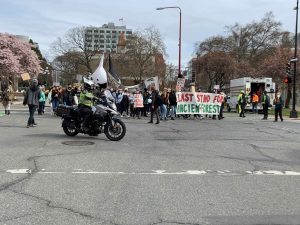 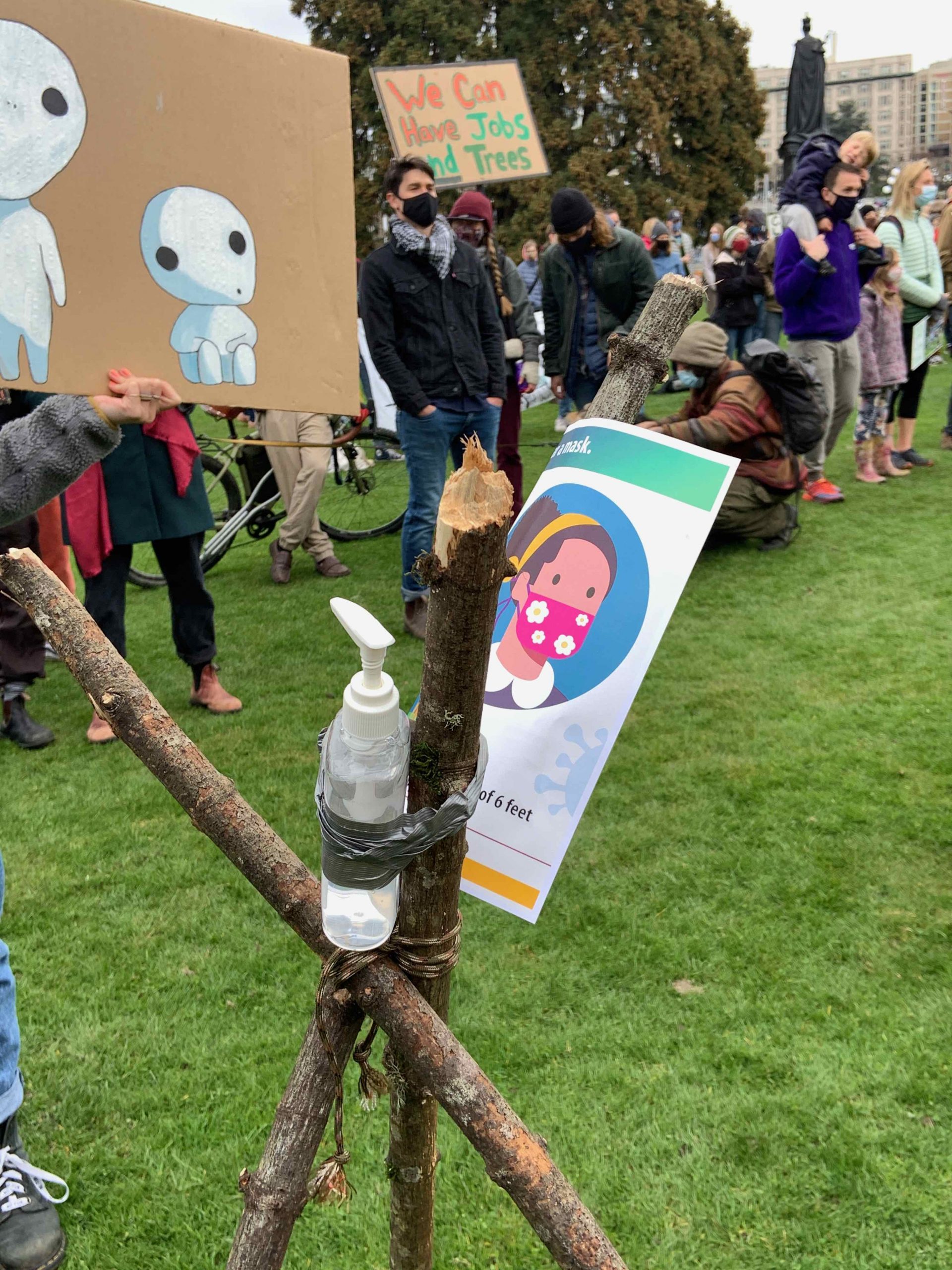 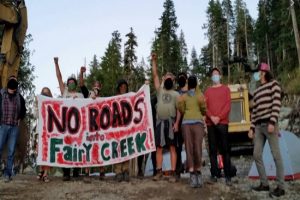 All winter a staunch group of protesters known as the Forest Defenders have been occupying a makeshift camp at Fairy Creek, effectively blocking the construction of a logging road into Fairy Creek Valley.

It’s the 11th hour and 59 minutes of the battle. The privately owned logging company, Teal Jones has been to court seeking an injunction to remove the camp and protesters. A judge will make his ruling on April 1.

That is a question that really deserves an answer. My son, the tree planter has spent a decade planting trees – sometimes 3000 of them a day! Tree farming has been going on since the 1950’s. Not even the loggers want to go in and sever a 500 year old Douglas fir. There’s plenty of trees to support a healthy logging industry in British Columbia. Only an estimated 1% of them are still old growth.

I’ve preached this truth so many times it seems unnecessary. The fiduciary duty of any CEO of a for profit company is to maximize profits. That’s not just the primary duty, it’s truly the ONLY duty. He or she must maximize those profits within whatever set of rules they are forced to operate in. If you can save a dollar by clear-cutting an old growth forest, you can’t blame the company for doing it. It’s our government who makes the rules these companies must operate under. Our current NDP Government will be responsible for either saving this forest, or losing the old growth forever.

What can you do?

You don’t need to chain yourself to a tree or get arrested to take action, although it probably couldn’t hurt the cause.

I’d like to write more but the rain has stopped,  the Westie might be repaired and I might be off to spend the night at Fairy Creek.